OSRS mobile has brought RuneScape to the pockets of millions of players, a dream I’ve had since the inception of the iPhone. No more exp waste! With my current focus on cooking, I met a RuneScape player that not only sells raw fish at a steal but also makes the slushiest of Slushwave, all OSRS sampled. In this article, we’ll get to know OSRS player BrutalBlues and their latest vaporwave album, 荒野レベル. 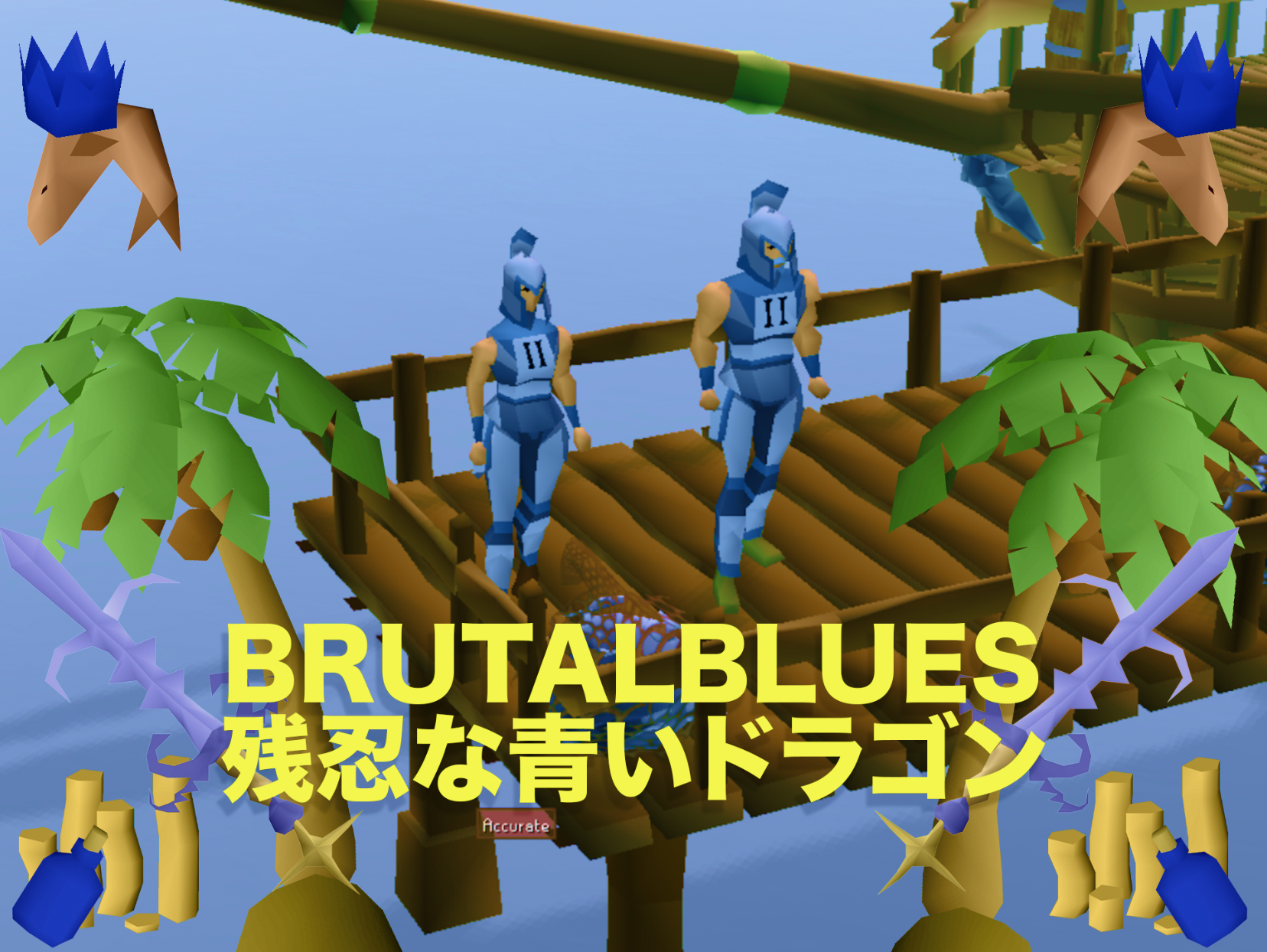 What’s your username and what world do you mainly play in?

Username is BrutalBlues, my home world is 370, the Fishing Trawler world. Usually hang there because even if you’re not fishing, people still chat quite a bit and no one is extremely sweaty.

How many years total across all accounts have you played OSRS?

I started playing OSRS in 2015 but only got “serious” around 2017, been playing on and off since then.

What’s your build for this character? and what keeps you playing?

Just a main account, nothing fancy. I enjoy questing, nearly have my quest cape, and skilling is a nice pastime as well. I particularly enjoy fishing, AFK and some easy money on the side while I’m working or busy with something else.

What made you want to mix vaporwave production with OSRS?

There’s a strong bond between the soundtrack and I, having listened to it since my first visit to Gielinor in 2007, it’s been with me through many key points in my life.

What was the process of making this album and how true is it to the feel of OSRS?

The album was conjured together over a few herblore filled hazy nights. I’d begin a dream in the wilderness, a place I feared as a free-to-play child. Running from other players only to just make it to my player-owned-house in time.

What are your first few goals when starting a new character?

I don’t really play on new characters, but I’ve just started multi-boxing a Group Ironman duo. Not entirely sure where I’m going to take the accounts yet, but fishing is going to be core still, likely going to start with the skilling boss, Tempoross, as soon as I can.

What’s the first skill training to 99?

Something I wish I’d done on my main was level Slayer sooner. It’d be neat to get untrimmed Slayer skill capes on both accounts, as that’s quite a balancing act between combat XP. but slayer likely wouldn’t be the first 99 as I’ll need magic, fishing, cooking, etc. at least that high before I can get 99 slayer. 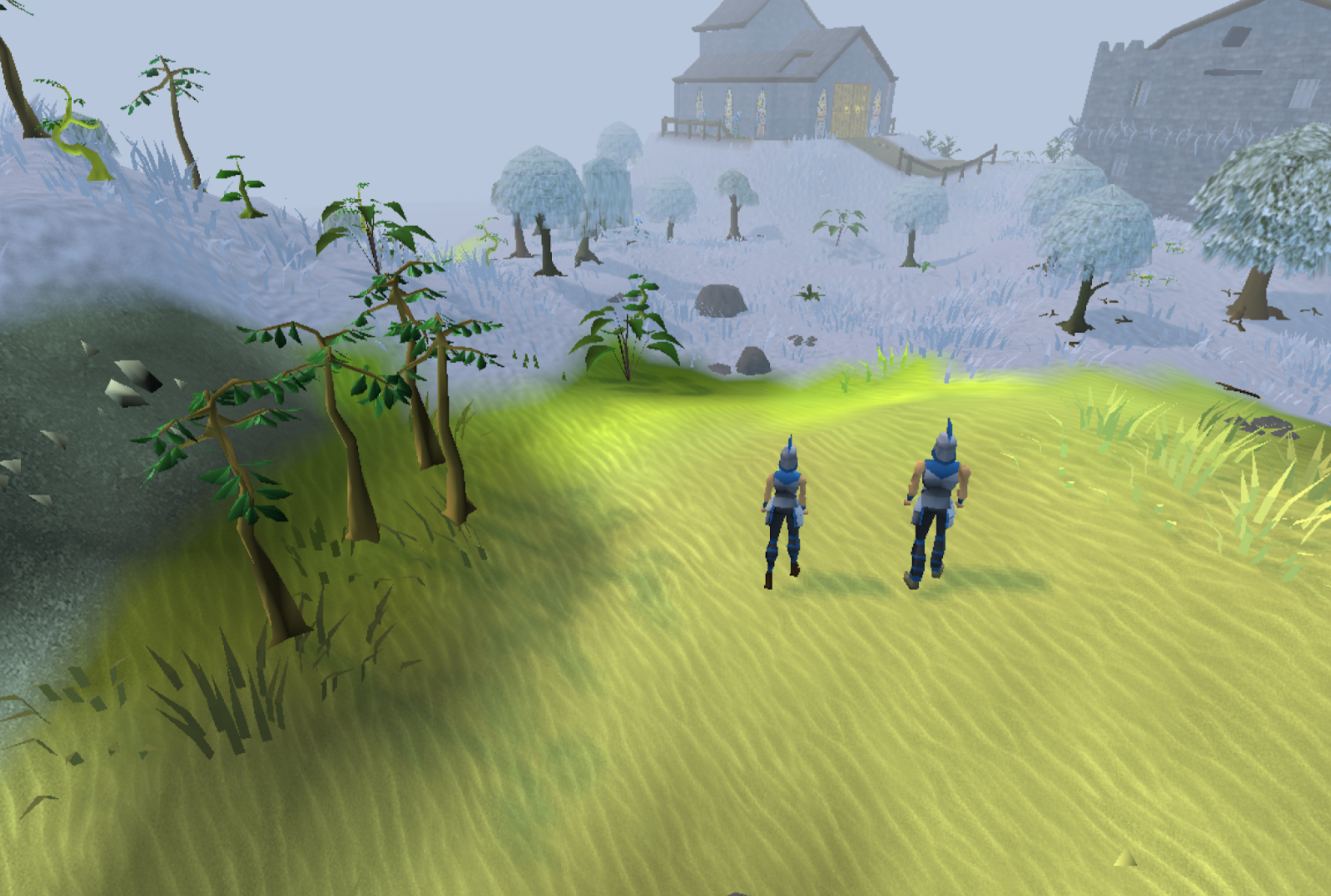 Probably starting an unofficial Group Ironman mode with friends at the beginning of the pandemic. We had nothing to do and quite a few of them were interested in OSRS. Made for a nice experience, 5 people bumbling about, doing quests, skilling, and just having a good time. We ended up joining a cult of frog people not long before a few had jobs to go back to. One of these days we’ll get back to worshiping flies.

Runelite is my preferred client, just too many quality of life plug-ins to bother with the official client. Mobile isn’t bad either when you’re out and about.

For people who haven’t played OSRS what tips do you have for them?

Turn off the XP counter, have fun, don’t play efficiently.

What to watch with Afterdeath Television, an Interview

The Pastel World of NATIONALナショナル, an Interview