Interview with Architecture in Tokyo (2019)

Back in 2019 I had interviewed Architecture in Tokyo for MTHU around the same time we moved from text based interviews to YouTube audio / video interview… and some how in the shuffle, this interview never made it to the public eye. Today on Reddit, someone was asking, What happened to Architecture in Tokyo? So I thought I could help. Here’s a lost interview uncovered, enjoy — KITE0080 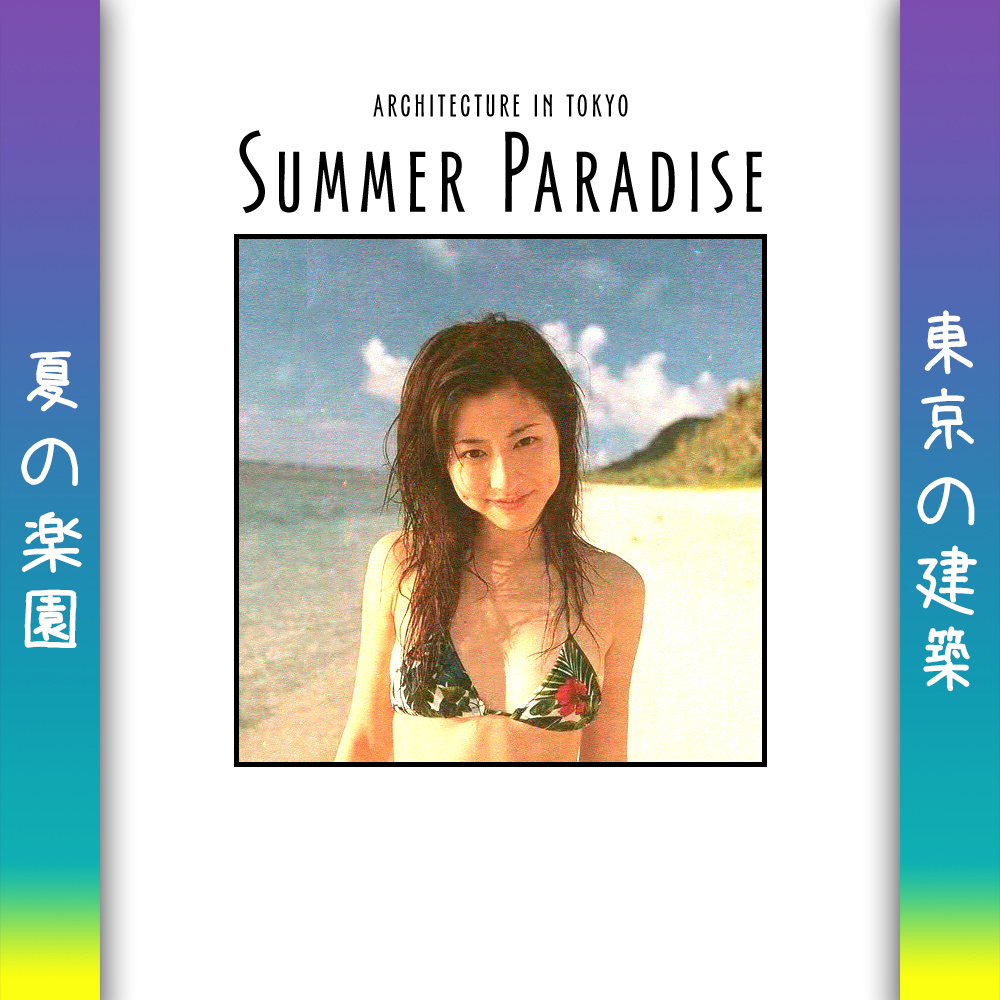 How did you get into the scene in those early days?

My first encounters with the vaporwave scene were mainly focused around the success of Skeleton (骷), as well as Vektroid’s early projects (Fuji Grid TV, Laserdisc Visions, New Dreams Ltd). I think it was specifically New Dreams Ltd. that kicked off the discovery – I remember hearing “Data Dream” though Altered States, a blog covering new internet music that was loosely linked to Pitchfork. Something about the imagery resonated with me – at the time, it reminded me of my early interactions with the internet – the so called “Web 1.0”. I had friends who had chatted online with Ramona Vektroid when she was still producing under the name Vektordrum, so I was delighted to learn that she was only years older than me – it made the process of creating music feel tangible, something that wasn’t so abstracted as other electronic music genres that had existed.

What was the inspiration behind the summer paradise album?

The inspiration mainly lies in the early vaporwave I had heard when the “scene” had first come into view; I wanted to emulate the certain hazy sound that these hypnagogic pop songs had. Though I had created the album to be more on the “pop” side of the Vaporwave spectrum, I admired artists of other genres (like Oneohtrix Point Never and Gold Panda) who were weaving sounds purely out of samples – I wanted to create something that didn’t require external input – just the samplers in Ableton and effects.

When the split between you and Macross 82-99 came out, how did that come together? Did Business Casual propose it?

I reached out to Macross through Soundcloud. Besides Saint Pepsi, there were only a handful of producers making funk-esque songs in the same vain, and Macross happened to be one producer that constantly appeared in my feed over and over.

It seemed like you could have been part of the sailor collective with your connections. What happened that you left the scene?

I never considered myself a part of that scene, I’d always felt like a sort of lone wolf when it came to the Vaporwave / Future Funk scene. At some point after making the same edits for so long, I quickly realized that I needed to expand beyond the cut-and-paste workflow I had adopted. This meant not only brushing up on production, but also pushing myself out of my comfort zone and experimenting with new styles of music. So, in a way, my choice to take an extended hiatus from it all was a result of necessity – to foster artistic growth and to become a “real” musician.

After leaving why did you try removing yourself from the scene?

Though I am grateful for the success that my vaporwave work has brought me, I’ve never felt that it was representative of my ability. Those early works were made primarily in my teens – 16, 17, 18 – before I had took a serious interest in learning about sound design, so I’ve always regarded them as juvenilia. There was so much more I wanted to explore not only in terms of genre, but in mood and purpose. I knew that artists like Gold Panda had honed in on their ability and focused to get themselves to the point they were at, and I knew that I had been avoiding the actual hard work of learning to produce music.The direction Architecture in Tokyo was taking (before I started Young Muscle) felt limited to a certain internet corner and nowhere else; I felt stuck making music that was enjoyable – but not particularly emotionative or danceable or meaningful. Because of the hiatus I took to focus on my craft, I more or less snuffed out my own flame – but erasing that hype allowed me to start over from square one and follow a new path of “proper” dance music.I wanted to be able to have a mature project that could actually act as a force outside of the Vaporwave / Future Funk community, one that I could transcribe my thoughts and feelings into in an intellectual, meaningful way.

What’s the future looking like now that you have the Young Muscle project? Is Architecture In Tokyo dead to you?

Right now, I am preparing some demos for a label that has support from artists like Nightwave, Moxie, and Peach. I can’t easily pin the demos into one genre, but they are heavily influenced by old school Rave, Detroit Techno (by way of my hometown), Breakbeat, and UK Bass.

Architecture In Tokyo is NOT dead – I never ended the project, only put it on a long and indefinite hiatus. That being said, I’m not ready to return to making disco and house (which I’ve always considered Architecture In Tokyo a vehicle for). My mind is in a different spot – I’ve toyed around with the idea of making music under Architecture In Tokyo again, though it would have to be proper house and disco – though these ideas are far from being fully realized. I’ve also toyed around with the idea of making “Vaporwave” under a new name – I’m not sure what yet – but more in the style of artists like 2814 ‎(especially their Arcola release) and OPN – a more traditional plunderphonics and ambient style.