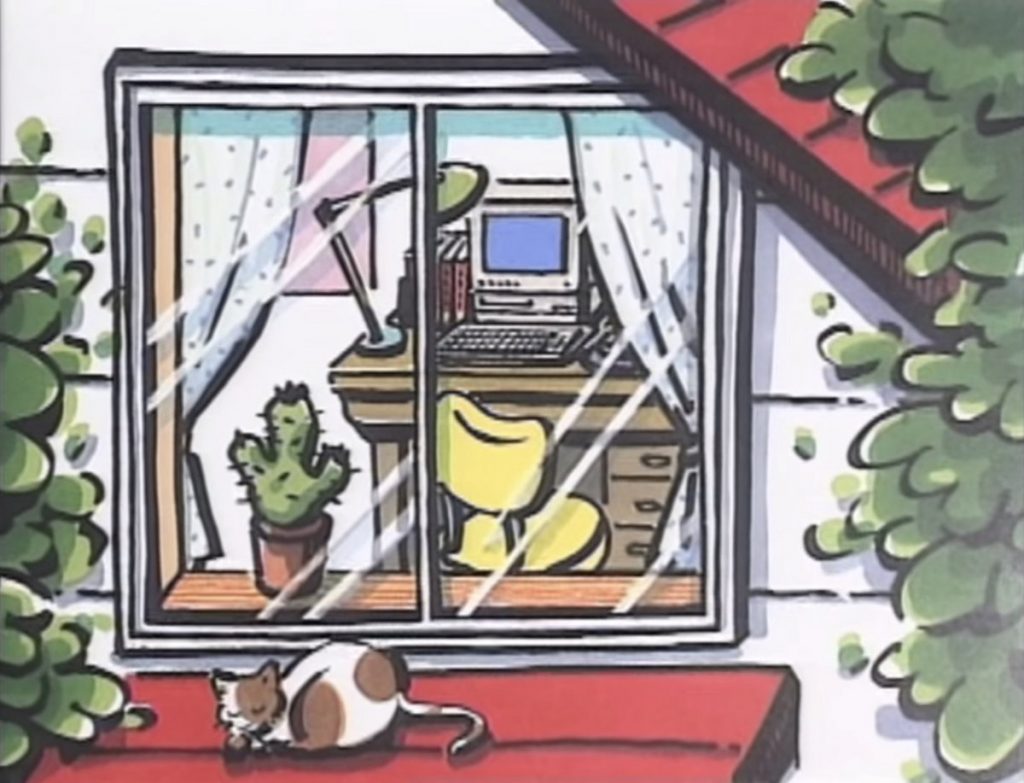 Utopia District’s Late Night Lights II festival gave Late Night Lo-Fi fans a wealth of jazzy, synth-soaked, remixed tunes that bring to mind everything from driving through a city after dark to playing video games and watching TV past your bedtime. Sexy, hazy, calming, sometimes even ominous. The most unique set, however, was one done by long-time Vaporwave artist INTERNET CLUB: instead of remixes of ‘80s/’90s-era music set to shots of city skylines in the dark, it was distinctly “computer music” of the early 2000s, paired with a simple shot of the sky outside someone’s window. And a majority of it was new music, from IC’s new album FORMAT BLUE.

“Sentimental” is a good way to describe FORMAT BLUE; artist AGNAR put it best on Bandcamp regarding INTERNET CLUB’s LNLII set, saying it “made an entire chat of 100 people get sentimental and start saying ‘I love you’ to each other.” FORMAT BLUE takes you back to your teenage years, dinking around online, discovering worlds you couldn’t see even outside your window, yet it makes you want to stare out your bedroom window and wonder. Everything that has come out so far this year, this is absolutely Top Ten.

It’s hard to pick a specific track as a favorite, though I will say the opener, “RIPPLE IN STILL WATER,” perfectly sets the mood for the rest of the album. You hear background noise of crickets outside as a simple, calming electric piano fades in, welcoming you to another place, another world as the sun sets. It’s honestly pretty easy to be a cynic and down in the dumps these days, but FORMAT BLUE can sort of bring back the joy you felt when you first went online. Out of everything from Light Night Lights, this is one to remember.